We all understand, on some level, that as adults we must go back and correct the oversimplifications we learned as schoolchildren. But for a sense of how large the scale of those quasi-truths, you must imagine the whole world: that is, you must imagine how you imagine the whole world, a mental picture probably taken straight from the map hung on the classroom wall. And the lines of that map came straight, in a sense, from the work of 16th-century cartographer Gerardus Mercator.

When laid out flat, it’s pleasingly rectangular, and its eastern and western edges line up neatly.” But while “in reality, lines of longitude converge at the poles; on the map, they’re parallel. As a result, the closer you get to the poles, the more distorted the map becomes, and the bigger things look relative to their actual size.”

Hence the need for such re-imaginings of the world map as The True Size, “a website that lets you compare the size of any nation or US state to other land masses, by allowing you to move them around to anywhere else on the map.” Just search for any country in the box in the map’s upper-left corner, and that country’s borders will appear highlighted in colour. When you click and drag those borders to another part of the world, specifically a part of the world at a different latitude, you’ll notice that the shape of the dragged country seems to deform.

But that appearance of distortion is only relative to the shapes and sizes we’ve long internalised from the Mercator map: when you move Australia up and it covers a third of Russia, or when you move the vast-looking Greenland down and it doesn’t even cover Argentina, you’re looking — perhaps for the first time — at a geographically accurate size comparison. Does that (to quote the humourless representative of the Organisation of Cartographers for Social Equality in the West Wing episode cited as one inspiration for the True Size Map) blow your mind?

Maths On This Day 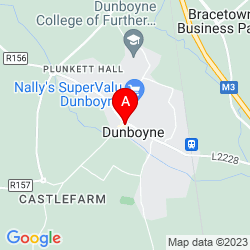